This course is meant to initiate the students to three of the important themes in physics. These are Atomic Physics, Heat and Optics which form the course title. The atomic physics section introduces student to the study of the structure of the atom as an isolated system of electrons and nucleus, its energy states and interactions with other particles and with electric and magnetic fields. The heat aspect introduces students mainly to heat conduction and the first and second laws of thermodynamics. The optics is designed to initiate the student to the branch of physics which involves the behavior and properties of light including its interaction with matter. It considers light interference, detraction and detraction gratings. 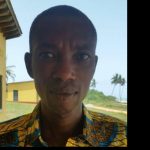 Physics has often been viewed as a difficult subject, and this is an attitude that is engendered by teachers who were not well taught themselves and who are only teaching physics because there is no-one else to do it. The subject is therefore often taught without enthusiasm, together with “dry” content. The curriculum itself doesn’t help as it is often not well thought through and much of what we teach in high school is foundational for higher level courses. This means that the more interesting material is often deemed to be too conceptually difficult, especially by those whose main subject interest is chemistry or biology. There are many students in our classes who are doing physics as a means to get into engineering or medical courses. This may be one of the reasons why there is a lack of students studying for science degrees and becoming teachers. If we are to change the downward spiral, we must enable students to see the excitement in physics – the wonder and the amazing possibilities of being able to see how the universe works. Women are underrepresented in science, especially in physics education. Most leakage from the STEM career “pipeline” occurs in high school and in the transition from high school to college, not in college. Most students who do not/cannot take high school physics never enter the pipeline. Engaging, well-prepared physics teachers are critical to providing capable students and especially women with the confidence and interest to pursue STEM degree programs. Poor initial physics experiences can dissuade and demoralize. Highly qualified physics teachers tend to be hired by established boarding schools our big cities, not by districts in our inner cities and rural areas. Inequality of opportunity in physics education contributes to inequality in college and career outcomes. In this course, assessment techniques and pedagogical practices that improve women and girls’ knowledge, attitude and participation in science would be employed.