After Completing Unit 2, you should be able to demonstrate understanding concepts related to:

What is network interface card (NIC)?

A hardware component, typically a circuit board or chip, which is installed on a computer so that it can connect to a network. 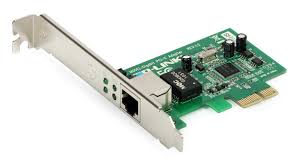 What is network interface card (NIC)?

A circuit board installed in a computer that provides a dedicated network connection to the computer. It is also called network interface controller, network adapter or LAN adapter.

In internal networks cards, motherboard has a slot for the network card where it can be inserted. It requires network cables to provide network access.

External network cards are of two types: Wireless and USB based. Wireless network card needs to be inserted into the motherboard, however no network cable is required to connect to the network.

Shielded twisted pair has a foil shield and copper braid surrounding the pairs of wires. 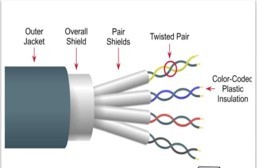 The following summarizes the features of UTP cable:

Category 1—Used for telephone communications. Not suitable for transmitting data.

Category 2—Capable of transmitting data at speeds up to 4 megabits per second (Mbps).

Category 3—Used in 10BASE-T networks. Can transmit data at speeds up to 10 Mbps.

Category 4—Used in Token Ring networks. Can transmit data at speeds up to 16 Mbps.

Category 5—Can transmit data at speeds up to 100 Mbps.

Category 5e —Used in networks running at speeds up to 1000 Mbps (1 gigabit per second [Gbps]).

A registered jack (RJ) is a standardized physical network interface for connecting telecommunications or data equipment. The physical connectors that registered jacks use are mainly of the modular connector and 50-pin miniature ribbon connector types

RJ45 is a standardized physical network interface for connecting telecommunications or data equipment.

Use straight through Ethernet cable for the following cabling:

Switch to PC or server

Hub to PC or server

Use crossover cables for the following cabling

To provide internetworking between two systems.

In system to connect with network.

Connection of system with a hub or router.

They are easy to install.

It is only use for short distance network.

Coaxial cable is groups of specially wrapped and insulated wires that are able to transfer data at higher rates.

They consist of a central copper wire surrounded by an insulation over which copper mesh is placed.

Coaxial cable is used for broadband and baseband communications networks (and for cable television), because the cable is usually free from external interference and permits high transmission rates over long distances.

Coaxial cable supports 10 to 100 Mbps and is relatively inexpensive, although it is more costly than UTP on a per-unit length.

A transmission technology that sends pulses of light along specially manufactured optical fibres.

Fiber optic cable consists of a center glass core surrounded by several layers of protective materials. Signal transmission is achieved by total internal  reflection of light through the glass core.

A fiber-optic cable is made up of incredibly thin strands of glass or plastic known as optical fibers; one cable can have as few as two strands or as many as several hundred.

Each strand is less than a tenth as thick as a human hair and can carry something like 25,000 telephone calls, so an entire fiber-optic cable can easily carry several million calls.

Light travels down a fiber-optic cable by bouncing repeatedly off the walls. Each tiny photon (particle of light) bounces down the pipe like a bobsleigh going down an ice run

The simplest type of optical fiber is called single-mode. It has a very thin core about 5-10 microns (millionths of a meter) in diameter.

Cable TV, Internet, and telephone signals are generally carried by single-mode fibers, wrapped together into a huge bundle. Cables like this can send information over 100 km (60 miles).

Each optical fiber in a multi-mode cable is about 10 times bigger than one in a single-mode cable.

No interference: Unlike with copper cables, there’s no “crosstalk” (electromagnetic interference) between optical fibers, so they transmit information more reliably with better signal quality

More convenient than installing cables. Wireless are installed in locations where it is impossible to install cables.  Increased efficiency – remote connection Access and availability – ability to communicate while on the move. Flexibility – employees can work from home etc.

Types of wireless transmission media used in communications include

Mobile computers and devices, such as a mouse, printer, and smart phone, often have an IrDA port that enables the transfer of data from one device to another using infrared light waves.

Broadcast radio is a wireless transmission medium that distributes radio signals through the air over long distances such as between cities, regions, and countries and short distances such as within an office or home.

Cellular radio is a form of broadcast radio that is used widely for mobile communications, specifically wireless modems and cell phones. 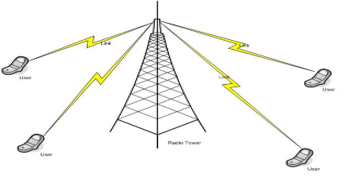 Microwaves are radio waves that provide a high-speed signal transmission.

Microwaves can transmit data at rates up to 4,500 times faster than a dial-up modem.

Baseband transmission uses digital signals to send data through the media as a single channel. In broadband transmission, it is possible to send signals simultaneously over a range of different frequencies. 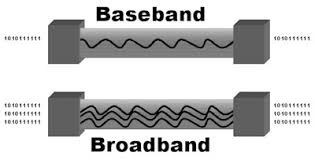 A signal is a piece of information communicated by an action, gesture, or sign.

A Signal is information transmitted by means of a modulated current or an electromagnetic wave.

Signalling is the propagation of signals across a communication medium. Data is transmitted from one point to another point by means of electrical signals that may be in digital and analog form.

In analog signal the transmission power varies over a continuous range with respect to sound, light and radio waves.

On the other hand a digital signal may assume only discrete set of values within a given range.

Converting digital to analogue signals is called Modulation.  Converting from analog to digital = Demodulation. A device that does the conversion is known as a Modem (MODulator – DEModulator). A modem or broadband modem is a hardware device that connects a computer or router to a broadband network. 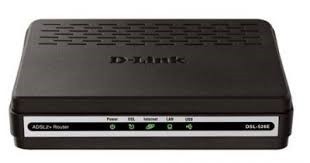 Short for modulator/demodulator, a modem is a hardware device that allows a computer to send and receive information over telephone lines.

Congratulation! you have come to the end of unit 2.